Mangalore  has  a  long  history  dating  back  to  the  early  Christian  era.Mangalore  is mentioned in the manuscripts of the Great Library of Alexandria, Egypt.Roman history describes  Mangalore  as  a  Port on  the  mouth  of  the  river Netras (Netravati)  as  the  old port  was  located  at  the  confluence  of Gurpurand Netravati rivers.Greek  drama  also alludes  to  Mangalore  described  as Mangala. Ptolemy,  the  astronomer  and  famous explorer of the 2ndcentury makes a mention of Mangalore in his travelogue. During the time of Vijayanagara Empire,  Arab  traders  had  established  a  flourishing  trade  in  silk and spices between Mangalore and West Asia and even now is known as the Gateway of Karnataka.

Situated  at  the  convergence  of  Gurupur  and  Nethravathi  rivers,  the  Old  Port(Bunder) had its own constraints to meet the growing demand for sea trade.  The need for a new port was felt and the New Mangalore Port was born.

The Mangalore Harbour Project was set up in the year 1962. The maritime works on the project commenced in 1968. The New Mangalore Port, the only Major Port of Karnataka was declared as the 9thMajor Port on 4thMay 1974 and was formally inaugurated by the then Prime Minister of India, Smt.Indira Gandhi on 11thJanuary 1975.The provisions of the Major Port Trust Act 1963 were applied to NMPT with effect from 1.4.1980.Since then the Port has been functioning as a centre of activities for Importers and Exporters of this region.

Over  the  years  the  Port  has  grown  from  the humble  beginning of  handling  less  than  a  lakh tonnes of  traffic  to the present  level of handling 39.15million  tonnes  during  the  last financial year 2019-20.  The  major  commodities  exported  through  the Port  are  POL  Products,  iron  ore pellets,  containerized  cargo,  etc.    The  major  commodities  imported  through  the  Port  are  POL Crude  for  MRPL,  Cement,  coal,  fertilizer,  edible  oil,  liquid  chemicals,  containerized  cargo  etc. The  Port  is  providing  all  the  facilities  for  handling  the  cargo  of  mega  Industries  like  MRPL-ONGC,OMPL,KIOCL, TOTAL GAZ,  MCF, HPCL,IOC,  UPCL, etc. 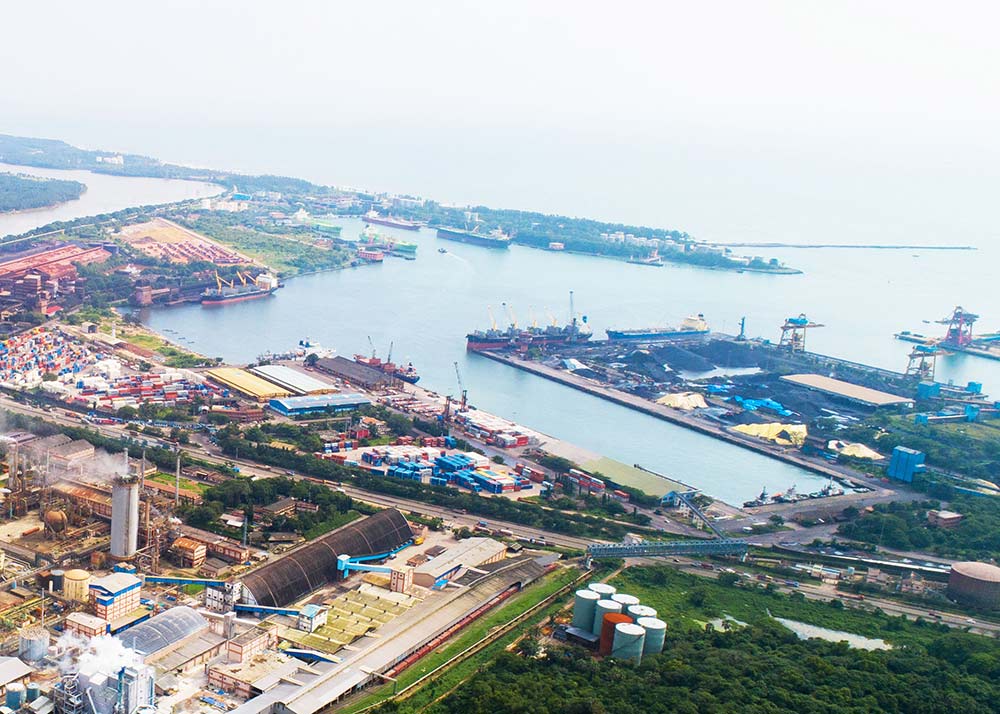